Cameron Parish is one of Louisiana’s largest parishes by area, and one of the smallest by population. At one time Cameron boasted a population of nearly 10,000, but hurricanes and floods have pushed many out.

Lonely highways stretch for miles. It’s vastness is its beauty.

Rather than taking the interstate and heading south, take the coastal highway through Pecan Island and Grand Chenier to experience the area’s full beauty.

LA 82 is a full 80 miles from Vermilion Parish to Texas. The Rockefeller State Wildlife Refuge is one of the first stops drivers come upon along the coastal road. The refuge is 71,000 acres situated along a ridge a few miles inland from the Gulf of Mexico. The state has managed this area for more than 100 years. Popular activities include fishing, boating, shrimping and crabbing.

For bird watchers, the refuge is part of the Mississippi flyway and one of the most biologically diverse areas in the country. Alligator sightings are common as well as other wildlife.

Continuing westward brings drivers to Rutherford Beach, a nearly unspoiled beach with rolling waves and sand. Tons of shells wash up from the Gulf for collectors.

A few more miles brings travelers to Cameron. Its courthouse is one of the first landmarks you see. It’s a place where so many survived a devastating Hurricane Audrey in 1957. Still the deadliest June storm on record, nearly 400 lost their lives. Even with the more recent hurricanes Rita and Ike, Audrey is still the saddest chapter in Cameron Parish history.

On the west side of the town, you can take the Cameron Ferry. It’s a short ride to the other side, but it’s a great view with a nice breeze on a hot day. Be on the lookout for dolphins as you cross! The community of Holly Beach provides breathtaking views of the Gulf of Mexico as the highway snakes it’s way into the small town of Johnson Bayou.

Just before reaching Texas, travelers reach a little piece of history. The abandoned Sabine Pass Lighthouse which was first lit in 1857. It was deactivated by the coast guard after almost 100 years of service and is listed on the National Register of Historic Places.

Tracking back towards Cameron, you can move north or south along LA 27. On the route, you’ll experience the Creole Nature Trail, coastal wetlands, and three national wildlife refuges. Ending out the trip, make a stop at Big Lake for an exhilarating boat ride, fishing and crabbing!

Cameron Parish is definitely a “Gateway to the Gulf”! 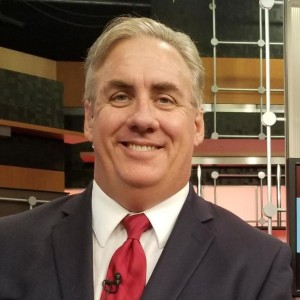