The Pull of Home in Crowley: What’s Your Story

After setting off on her own, family is what brought Hannah Fulgium back to her native Crowley.

The owner of Shabby & Chic Salon and Spa on N. Parkerson Ave, Hannah says she’s had the opportunity to reconnect with family and see the town evolve since her return.

A hairstylist for sixteen years, Fulgium has worked her fair share of commissioned jobs in a number of places, including Lafayette and Bossier City.

She says those early years offered her perspective and taught her lessons that only those types of jobs can teach.

“Work isn’t everything,” she says. “In commission based jobs I just always felt it was work and scheduled hours.”

Hannah says that after several moves, family became her focus. That shift pulled her unexpectedly homeward to Crowley. It’s something she didn’t think would ever happen.

“I really left thinking that that was that,” she says. “When we decided to move from Bossier, back, I just really didn’t find that Lafayette was the place for me.”

But she’s home now, and surrounded by family. And Hannah says that being so close to her relatives is more uplifting than stressful.

“If anything, I wish there was more,” she says. “But there’s so many of us, it’s really hard to see everyone all of the time.”

Now, established in her own location Downtown, Fulgium says she’s seen the Mainstreet area transform within the last five years.

“Mainstreet is developing so much more than even before I came five years ago,” she says. “I always wanted to be downtown.”

And before sending us on our way, Fulgium gave some advice to those aspiring hair stylists who may be unsure of their futures. Her answer, it’s all about the clients.

“I always tell my new girls, just don’t give up, you have to build up the clientele.” 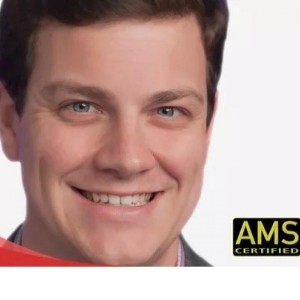