How does sinking the barge help with flooding?

In St. Mary Parish, crews are working on a project designed to prevent backwater flooding in five south Louisiana parishes.

The process to sink a barge in Bayou Chene is now underway.

The Coast Guard closed off boat traffic in Bayou Chene in preparation for the barge. On Tuesday, workers began drilling the large pipe piles into place, so that the barge can be tethered to them and not float away.

Wednesday morning, the barge will float over to its location, where officials will start sinking it, a process that could take seven days.

“It’s a blessing. We’ve been trying to get it done since early March, knowing that it solves a lot of our problems with flooding,” said Stephensville resident, Leroy Gros.

Once the spillway opens, water will eventually make its way to Bayou Chene.

Without the barge in place, backwater flooding could bring even more water to places like Stephensville.

“So water is flowing, what we’re doing is putting in a flood gate. We’re blocking the water from going up into those areas and sending it in a different direction. In our case the direction is south, through the Terrebone Marsh which is a good thing, nobody lives there,” explained Mott.

The barge will be filled with water to push the 70-foot sheet piles into the ground and ultimately close off the channel.

It will take up to two weeks before the water travels down and reaches the Morgan City area, giving enough time for the barge to be submerged and lessen additional backwater flooding.

Mott says they couldn’t sink the barge earlier because the state had not declared a federal emergency and the cost would have been too high for the parish. Now the river level is so high, sinking the barge is a necessity.

“One of the things that makes this flood a little bit different though is that it has extended for quite long,” said Mott.

He says surrounding areas could be dealing with high water until July. But residents like Gros say they’re thankful that some relief is on the horizon.

“My biggest concern is we get good weather until all these guys can sink the barge before the Morganza Spillway water comes into town,” said the Stephensville homeowner.

Back in March, the governor announced $80 million was secured for a permanent flood gate.

The management will be split by the surrounding parishes who are directly affected.

The opening of the spillway and sinking of the barge has put the plans for that structure on hold.

Officials with the St. Mary Levee District expect construction to be done in the fall of 2021.

To read more stories about the spillway opening, click here. 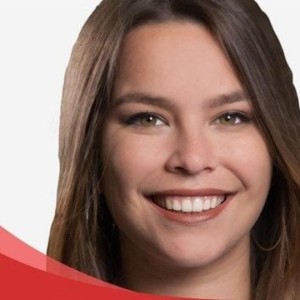 Dannielle joined the KATC TV 3 News team in June, 2017. She graduated from Loyola University New Orleans. She is originally from Miami with Cuban and Thai roots.