Donyelle Lee’s sister Gracelyn County battled mental illness since she was a teen.

For the last ten years, she lived at a group home, Westside Habilitation Center in Alexandria.

“She was diagnosed with mild schizophrenia and would hear voices and things like that,” Lee said.  At times, Lee’s sister Gracelyn would have to be restrained.

“She’s been put in multiple restraints in the past. I feel like they knew the proper way to restrain her,” Lee said.

On January 1, 2019, Lee received a call from Westside saying her sister was at Rapides Regional Medical Center. Lee says a Westside employee told her that her sister passed out at the dinner table and that doctors were working on her.

Shortly after, Lee received a call from the hospital.

“His words were ‘she was dead on arrival,'” Lee said.

“It’s puzzling to me because once I got the cause of death which was due to the manual restraint, I’m like ‘did she die over there and you moved her body and she wasn’t breathing? Did she have a heartbeat on the way?'” Lee said. “It’s just a lot of unanswered questions that they’re just dodging.”

The corner’s report says Gracelyn died from compressional asphyxia due to manual restraint.

Lee says once the coroner ruled her sister’s death a homicide, employees at Westside Habilitation Center changed their story.

Originally Lee was told her sister passed out at the dinner table but now she says employees tell her Gracelyn was in an altercation with a Habilitation Center employee over a cup of water and became unresponsive.

“Y’all don’t have to lie or cover up anything. If it happened, even if it was an accident, it happened. You can’t take it back. Just be truthful, you know,” Lee said.

KATC obtained the initial police report and records show that 911 was called and an ambulance was dispatched to bring Gracelyn to the hospital.

“I feel like they were willing to go to their graves with this like a little secret you know,” Lee said.

“I really want whoever responsible for this to be charged. I want the facility to be held to some kind of accountability. It was y’all facility and y’all workers. Y’all workers are supposed to be trained to deal with clients,” Lee said.

When KATC asked the district attorney about the case, they said they couldn’t comment but did say they would soon be convening a grand jury. The coroner wouldn’t confirm records in the report given to us by family members, saying Louisiana law prevents him from releasing that information.

Our investigative team also has a pending records request with the Louisiana Department of Health on any complaints or investigations regarding the center. 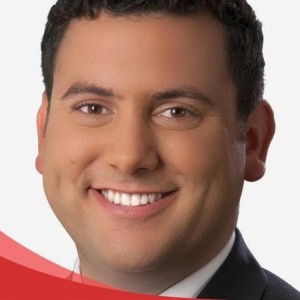