Amount of water to be released when Morganza is opened

With the opening of the Morganza Spillway now scheduled for Sunday, June 9, here is a look at the amount of water that will flow into the basin.

This year, there will be a gradual release of water through the spillway.

When it is opened – currently set for Sunday – the Corps of Engineers will open one bay, allowing 10,000 cubic feet of water to rush through per second.

That is roughly equal to the volume of 10 above-ground pools each second.

The next day, a second bay will be opened, doubling the amount of water to be released.

If forecasts hold the Corps eventually will open about 14 to 15 bays, pumping 150 thousand cubic feet of water to pour through the gates every second.

At that rate, the water would fill the Superdome every 15 minutes.

Back in 1973 when the Corps opened the spillway for the first time, they opened 42 bays the first day.

With such a large volume of water the first day, it caused significant adverse effects to wildlife and crops and also caused minor damage to the spillway itself.

So, learning from their mistakes, in 2011 the spillway opening the Corps started with two bays the first day, added seven more the next day and maxed out at 17 bays by day five.

In 2011, the flow rate through the spillway maxed out at 181,000 thousand cubic feet per second on day six.

What makes this year different from 2011 is that there is a lot more water still upstream in the Arkansas, Missouri and Mississippi Rivers. Although the maximum rate at which the water is expected to flow through the spillway might be less, the overall amount of water released could top 2011 if the river remains high for a longer time period. 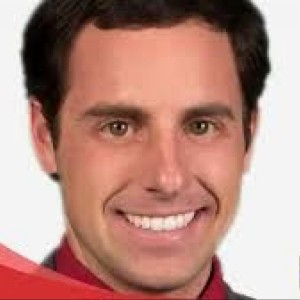 An Ohio native trying to get my Cajun on as the weekend Meteorologist for KATC. I also do interesting science or environmental stories concerning South Louisiana. If you have a great story idea send it in to me at ezernich@katctv.com