Haze/heat continues but better chance of storms on the way

Hazy, hot and humid conditions will continue for Acadiana Friday, but instability aloft and deeper tropical moisture moving in from the north and east should translate to scattered storms by the late afternoon into the early evening hours.

Most of the day Friday will be hot and dry with very light winds, but afternoon storms should kick the winds up providing a relatively cooler breeze and take the edge off the heat.

Best chance for storms Friday will likely be the northern through the eastern portions of Acadiana with rain chances set at 40%…but they should be lower farther to the west into the Cajun Prairies.

Temperatures Friday will top out in the low to mid 90s with heat indices generally in the 99-103 degree range.

Deeper tropical moisture moving in from the east and more instability aloft dropping southward into the region should spell an even better chance of scattered storms Saturday afternoon into the early evening.

Gusty winds and locally intense downpours will be possible in the storms, but don’t cancel any outdoor plans yet…just respect the lightning! “When thunder roars it’s time to go indoors!”

Outside of heat, lightning is the number one weather-killer in Louisiana into July.

Rain chances Saturday will increase to the 50-60% range.

More of the same can be expected Sunday, with the onset of storms possibly a few hours earlier in the day, which could leave us with a quieter late afternoon/early evening.

Thanks to the clouds and showers, daytime highs this weekend should be limited to the mid-upper 80s.

The models indicate a brief break and lowering of rain chances Monday, but a deep plume of tropical moisture moving into the Western Gulf should translate to plenty of clouds and a good chance of periods of rain and thunderstorms for Tuesday and Wednesday.

If it all works out well, it still looks like drier and hotter conditions will be in store for the area for the 4th and perhaps 5th of July, with rain chances bouncing back up at least for the following Saturday.

See the KATC 10 Day Forecast for the latest.

Meanwhile, the haze continues across Acadiana thanks to the Saharan Dust that is taken up residence in the Bayou State.

The hazy/dusty conditions should gradually improve from east to west later this weekend as dust drifts westward and we also see a better chance of some “atmospheric-cleansing” thunderstorms. 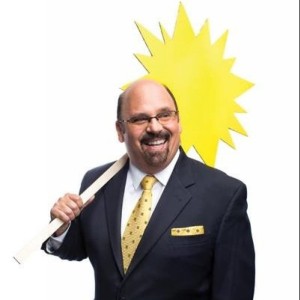