UPDATE: The seventh person wanted in connection with drive-by shootings in May has been arrested according to CPSO.

On Monday, Deputies say that  Keyshawn Bias turned himself in. He was arrested and booked into the Calcasieu Correctional Center.  Bias is charged with aggravated assault by drive-by shooting; and illegal use of weapons or dangerous instrumentalities.

Calcasieu Parish Sheriff’s deputies have arrested six people but are looking for one more in connection with a drive-by that happened on Morning Glory Lane last month.

Deputies were called to a house on that road on May 20 at about 3 a.m., a release states. Two residents said they were inside and heard shots outside their home. Their home and a car parked there had been hit numerous times by bullets, deputies say.

Detectives following leads learned the car might be connected to two other drive-by shootings that had happened on May 19, deputies say.

Arrested in connection with the May 20 shooting were:

Still following leads, detectives determined that the residents of the Morning Glory Lane house were allegedly responsible for the drive-by that happened at Huber Park on May 19.

Deputies say someone shot at a car that Leblanc, Spikes, Duncan, Bolster and the juvenile were riding in, and then people in both cars were shooting at each other in Brentwood Park.

One of the two residents of the Morning Glory house, Chelci R. Richard, 22, also was arrested.

Richard was booked with aggravated assault by drive by shooting; and illegal use of weapons or dangerous instrumentalities. Her bond is set at $250,000.

Leblanc, Spikes, Duncan, Bolster, and the juvenile were all booked with aggravated assault by drive by shooting; aggravated criminal property damage; and illegal use of weapons or dangerous instrumentalities. Leblanc’s bond is set at $500,000; Spikes’ bond is set at $250,000; Duncan’s and Bolster’s bonds are set at $450,000; and the juvenile has no bond set at this time. 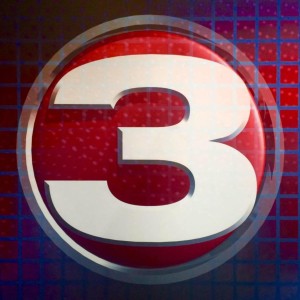